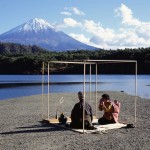 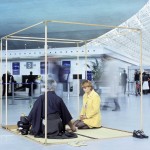 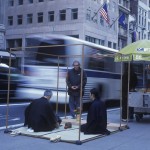 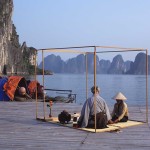 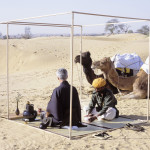 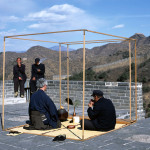 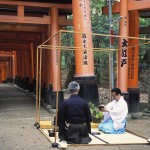 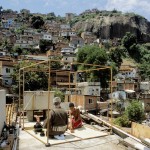 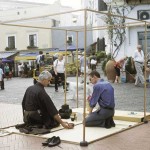 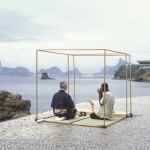 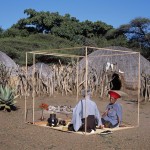 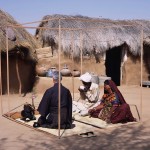 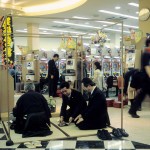 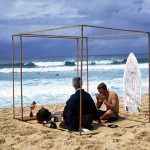 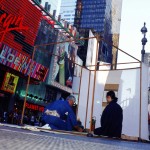 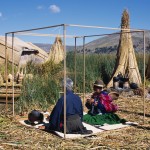 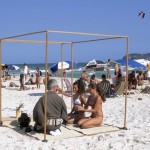 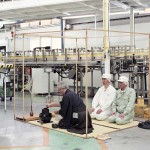 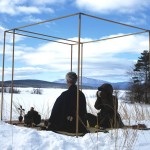 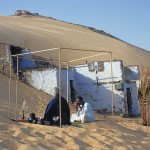 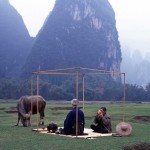 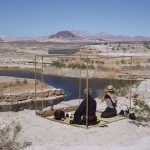 In the series “One”, often referred to as his “Guerrilla Tea” series, he presents photographs in which randomly selected guests, from a variety of cultural worlds and backgrounds, are invited and shown sharing a bowl of Tea.

Utilizing a stylized Japanese Tea Room in the shape of a cube, in which he performs traditional Tea ceremonies, Sernet plays on the juxtaposition of out of context and apparently incompatible cultures or environments.

With the cube being used as a conceptual space, Sernet invites viewers to place their own set of cultural, spiritual, religious or philosophical values within it.

The purpose is to have audiences question the cube’s opposition or similarities to the diverse environment in which it is placed and have viewers see each of these spaces in a new and different way, ultimately showing that these seemingly different and incompatible worlds are in fact based on similar universal values that can enable seemingly different worlds to cohabit together.