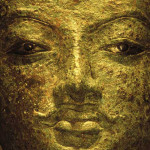 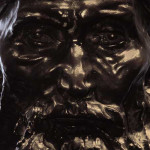 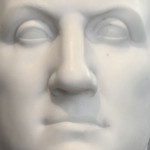 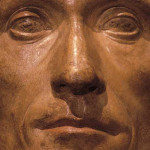 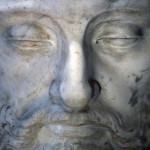 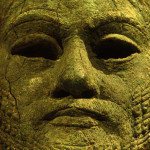 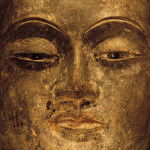 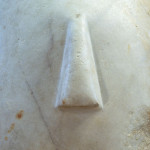 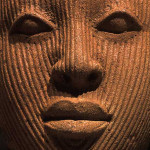 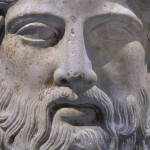 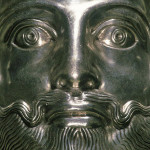 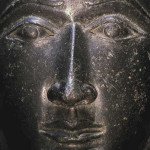 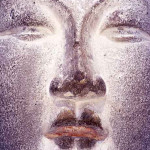 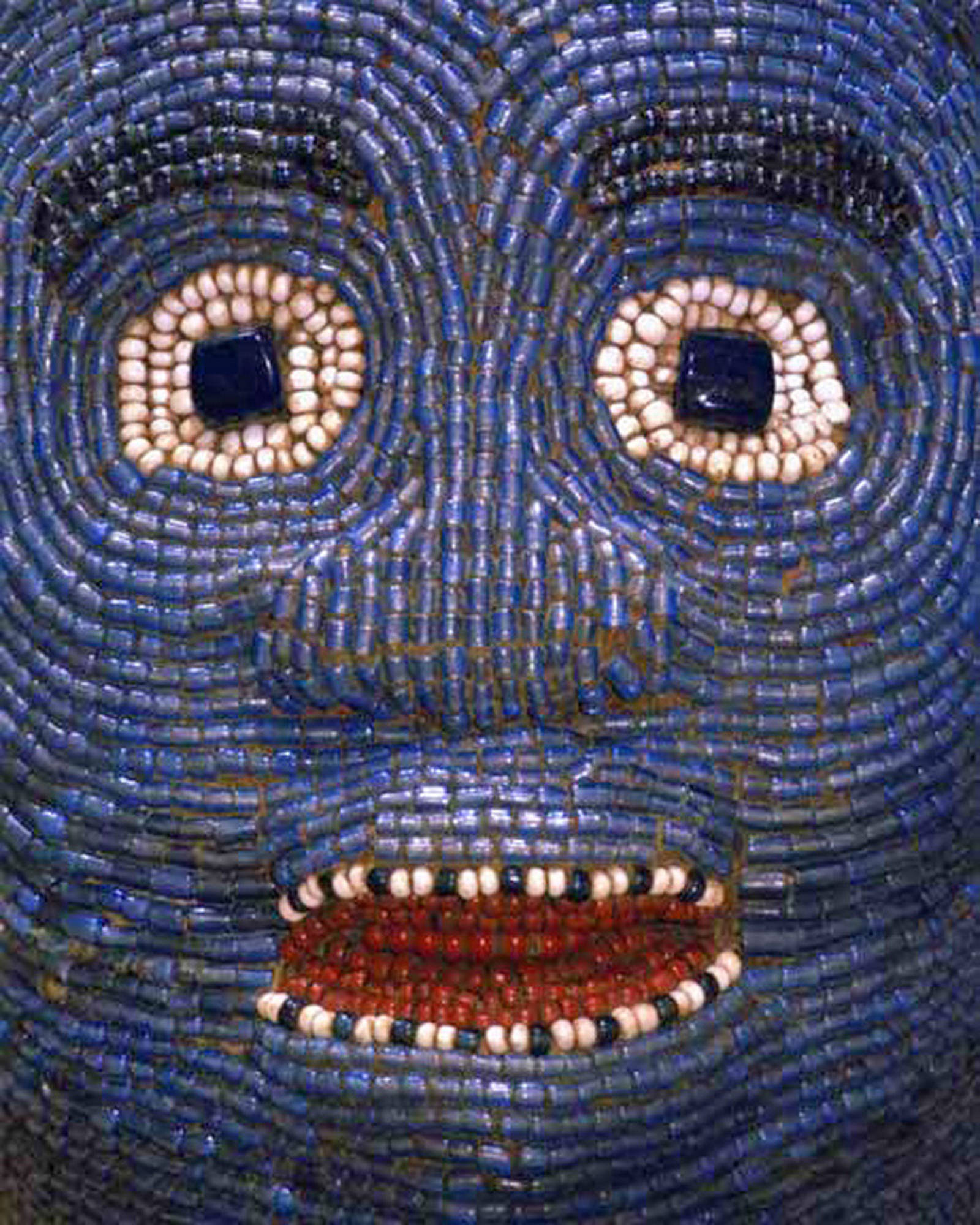 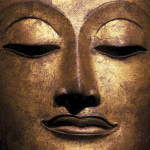 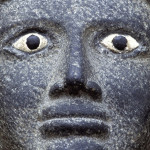 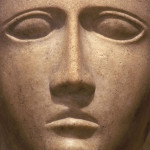 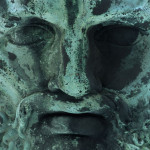 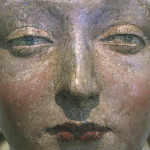 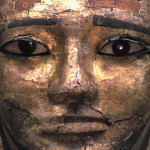 His “Face” Series explores cultural differences and similarities by looking at individual faces around the world in an unexpected way. Instead of photographing the human subject directly, Sernet utilizes what can be considered the ultimate representation of Man around the world and throughout history: sculptures of Man, by Man.

By taking extreme close-ups depicting the countenances of statuary of differing, yet recognizable peoples from across the globe, Sernet reduces these iconic representations down to their simplest common denominator by stripping them of their ornamentation and cultural trappings.

Each face is reduced by using a minimalist formula showing only “two eyes, a nose and a mouth,” which causes each image to take on a surprising similarity that transcends ethnic and cultural boundaries.

Whether it is a Chinese lacquered Buddha, African terracotta, French Bronze or American Marble staring down intensely at the viewer, with or without any eyes, Sernet unites his works by creating a near mathematical relationship between them. The result is a series of faces that show the communality of Mankind throughout place and time.